A downloadable game for Windows

Something for those who like pipes, sliding games, tiles, math games, falling blocks, match3, dungeons, pixels and challenges. Multiple game modes, in total 80 hand made levels, and unlimited number of randomly generated (depending on game you can choose map size and difficulty), shared screen option in 2 games. Ambient games, without tons of distractions and annoying popups. Puzzle themed music and basic sound effects. Perfect to exercise your brain.

For a while I worked on a business trip, and for convenience Windows tablet was my primary entertainment device, sadly most indie games that I was interested in, were barely playable (poor frame-rates, lack of proper touch controls), due that retro games and VOD were best options to spent time. I though then why not to make some small optimized games for such devices, games that could be easy to pick up and play. Of course they also should give fun on normal desktop pc, and be great to play with mouse, this was initial concept. Working as hobbyist and coding many things by myself (like gui lib, atlas packer) I had better control over everything, but it was more challenging than using any fast game creation tool, and as you can see I'm not an artist, so games look rather rough ;-) Just keep that in mind.

During its development in a pursue of personal goals and learning new stuff I also ported earlier version to HTML5 (pure JavaScript code, no additional libraries), so it's available on Android, Smart TV's, and other bizarre stores..

Thanks to use of 'Common Game Translations' & "Polyglot', user feedback and Google Translator short game hints/info are available in many languages. Supported input methods: mouse/touch, keyboard and any gamepad/controller.

Only Windows version atm, but it's using OpenGL/SDL so should work on emulators in Linux/Mac.

Game is available on Steam, and one of goals is to get Trading Cards and more direct Steam sales/reviews, due that currently no Steam codes will be included with Itch.io version.

New stuff will come, yet I need to finish current project (much more interesting and eye-catching) and push it to ready-to-ship state. 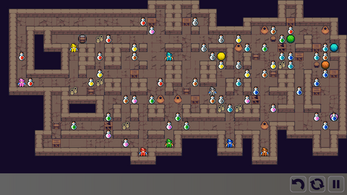 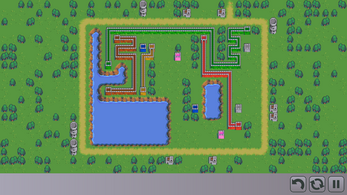 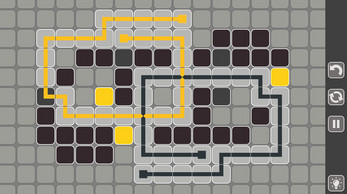